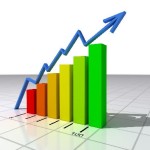 LFIG had the enviable problem of having a room that was too small for their fringe meeting on small business at the Labour Party conference. It was standing room only as sixty plus people packed into the room to hear the full Labour panel answering questions on “An Enterprising Nation : How Labour can deliver for small business, freelancers and the self-employed”.

The panel was chaired by Philip Ross and sitting with him were a panel of Labour supporters or those with a connection to the party. They were:

The meeting wasn’t going to be about platitudes for small business, but about choices, issues and policies. Bill Thomas focused on saying that Labour needed to build into the department of BIS an administration with a real focus on small business as opposed to it being one of many portfolios.

Andrew Burke said that research was showing that ‘if we want the economy to perform and create growth then we need to look at what is driving the entrepreneurial economy’. He added that freelancers help businesses to manage risk and grow,and draft research figures were indicating that up to 17% of the workforce is freelance’. He noted there is a need to legitimise the freelancers role.

She was really pleased Labour has proposed to reverse corporation tax cuts  for large firms, and instead to use the resources to reduce business rates for small companies, a measure announced by Ed Miliband later during his conference speech.

Debbie Abrahams MP said that £36.4bn is owed in late payments, which compares to £56bn lend by the banks to firms. It is a significant amount and she has chaired the All Party Group on Late payments which has published a recent report. She said late payments could be seen as unethical as tax evasion.

On freelancing Toby Perkins MP talked about his next door neighbour who was an IT contractor. He noted the need to protect people at the bottom of the market from being forced into false-self employment.

In the questions that followed Bill Thomas looked at the legitimacy and importance of people working in IT as freelancers offering management and technical roles and that they should not be confused with other workers who might be forced into self-employment. He said “people are making careers of 30 years in freelancing.”

Three of the panel had to leave for another event and were replaced by Mike Cherry of the Federation of Small Business and Simon Vickers of the Professional Contractors Group.

Mike Cherry reinforced the issues around late payments and the need for more focus on small business. Simon McVicker said how pleased he was with the debate on freelancers and that Labour was taking this area seriously and paid tribute to LFIG, Philip Ross and Andrew Burke for the work they had done on it.

More questions from the floor followed from delegates who owned small firms or worked as freelancers, from people in graphic design, production companies, IT and engineering. Clearly, this is a strong demonstration that Labour is becoming the party both for and of small business.