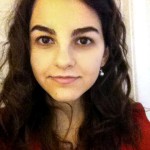 Globalization can bring the threat of a weakened SME sector, since its role in direct exporting is less than proportional to its size; economies of scale is important in the international commerce.

But with small businesses being so key to the economy, it is essential we continue to support their efforts and don’t leave them exposed to unfair costs that can threaten their existence.

Figures released by the Department for Business Innovation and Skills at the end of last year showed there were an estimated 4.8 million SMEs operating in Britain. These companies employed some 23.9 million people and account for 59% of all private sector employment and 48.8% of private sector revenue. SME’s play a crucial role in the British economy, and cutting business rates could potentially place SME’s in an improved financial position -with the prospect of higher savings and increased future investment.

In fact, Ed Miliband used a key section of his speech at the Labour Party Conference in Brighton to address the UK’s small business owners – the delivery of a clear message to small businesses that they form a vital part of Labour’s One Nation vision.

The speech addressed the current corporation tax system, which Miliband said favoured larger firms, and made a pledge to shift the balance to ‘make it easier’ for smaller firms. Ed Miliband’s vision will offer an £800m tax break to smaller firms as part of a mission to make Labour “the party of small business”.

It was revealed that if Labour wins the 2015 general election, Labour’s first act in government, would be to reverse a planned hike in small business rates and freeze the levy for the following year. According to estimates, the move would be worth an average of £450 over two years to 1.5 million firms and as much as £2,000 to some firms. The tax break would be paid for by reversing the coalition’s planned 2015 corporation tax cut for firms from 21% to 20%.

On another note, SME’s can also bring us back on the road to recovery in the housing sector. With house prices on the rise and people finding it harder to get on the housing ladder day by day, leads to one conclusion– increase supply. More buyers have been chasing the relatively few homes on the market at higher prices.

Shadow Housing Minister Ms Reynolds said: “We must introduce greater competition and diversity if we are to increase output, driving innovation and improving quality “, but added that large housebuilders still have a role to play in delivering Labour’s pledge of 200,000 homes a year minimum build target.

Unless we see an increase in the number of homes being built, we could well be looking at price rises becoming dangerously unsustainable in some areas of the country. Ms Reynolds added that up to 230,000 construction jobs could be created by SME housebuilders -which would lead to a positive contribution in the job sector in times of high unemployment.

Emma Reynolds confirmed a Labour government would require local authorities to include a larger proportion of small sites in their five-year land supply and added that smaller firms and custom builders would be given guaranteed access to any public land released for house building.

Observations and figures suggest SME’s can bring positive financial and social contributions to our economy and we need to offer SME’s the support to flourish to their full potential in our economy.